After the welding operation was completed, each section of pipe was subjected to radiographic examination to locate any faulty welds. If any were located, they were removed and the pipe rewelded. Following welding, each section was placed in the furnace where it was slowly heated to a temperature between 1, and 1, degrees fahrenheit for one hour and then cooled to about degrees before being removed. This process of heating then cooling relieved stresses in the steel that had built up during the bending and welding process. Following the heat treatment, the sections were cleaned and the ends machined to ensure a proper fit with adjoining sections.

While this was the general procedure for forming sections of the pipe, curved sections, "Y" sections, and other specialized sections required additional fabrication steps. Moving the completed sections of pipe to the construction site and into their locations in the tunnels presented a significant challenge. To move the foot and foot sections from the fabrication plant to the cableway landing at the canyon, a specially designed trailer with a capacity of tons was constructed.

The trailer was 38 feet long and 22 feet wide and rode on 16 wheels. It was moved using two caterpillar tractors, one pulling, with the other attached to the rear used for braking.

At the canyon rim, the pipe sections were hoisted from the trailer by the ton cableway and lowered to one of the landings in the canyon. Moving the pipe sections from the cableway landings through the adits to their final locations in the tunnels was not an easy task. Space limitations within the adits and tunnels made it impossible to turn the railcars with the sections on them or to curve the tracks.

Once a section had been moved to its final location its was attached to the previous section using an assembly rig consisting of three "spider" sections mounted on a foot long central hub. The spider sections consisted of 16 steel H-beams extending outward from the hub like spokes, with braces welded between the spokes.

Mounted at the end of each spoke was a hydraulic jack. The rig was held in place in the previously placed section using two of the spiders, with the section being placed held and aligned using the third spider. When the new section was securely attached to the previous section, the jacks were released and the rig, which was mounted on wheels, was moved ahead and readied for the next section.

Assembling pipe sections in the inclined portions of the tunnels was significantly more difficult. The tunnels of the Arizona side have slopes greater than 52 degrees while the Nevada tunnels have slopes just over 37 degrees. In the lower headers, the first pipe section had to be hoisted feet to the base of the intake tower, while in the upper headers, the first section had to be raised 70 feet. The sections were hoisted up the inclined portions using rubber wheeled cars that rode on the tunnel lining, and a series of cable hoists.

The pipe sections rode on the car until they reached a point on the incline where they could be lifted into place vertically.

Each of the upper sections required about 12 hours to be lifted into place from the lower tunnels. After the first three sections had been secured, they were embedded in concrete to provide additional support for the other sections. Following placement of all sections in the inclined portions of the tunnels, the entire section was embedded in concrete.

After the stock market crash, how did President Hoover try to help the economy?

The headers and penstocks are supported on piers placed along the tunnels at regular intervals. The weight of the pipe and water is transferred to the piers via supporting brackets that are attached to stiffener rings located at the center of each fabricated pipe section. The headers and penstocks are firmly anchored in place by several concrete anchors placed at various sections of the pipe. These anchors consist of concrete rings that encircle the pipe and anchor it firmly to the tunnel wall.

Six anchors are used in the upper headers, and seven in the lower headers. In addition, the upstream and downstream ends of the headers and penstocks, and the entire length of the eight-and-a-half foot canyon wall outlet pipes are embedded in concrete to form terminal anchors. In the lower headers, the tunnel plugs at the outlet works form additional terminal anchors. With regards to accidents or deaths, the State of Arizona paid more to victims and their families than did the State of Nevada. If a man was killed or injured on the job, it was to his family's financial advantage if the accident took place on the Arizona side of the project.

Whenever possible, workers who were killed or injured on the Nevada side of the canyon were moved to the Arizona side before the accident was reported. There are stories of badly injured workers dragging themselves through rock and dirt and across busy roads to get to the Arizona side. Determining if an accident occurred in Arizona or Nevada was sometimes difficult. Before the river had been diverted, the state line was as wide as the river.

Following diversion, the line became razor thin and difficult to locate. When the location of an accident was very near the line, as often as not, the investigator placed the victim in Arizona.

One of the more notable features of Boulder Dam are the canyon wall outlet works. Built on benches excavated in the canyon walls about feet downstream from the dam, these reinforced concrete structures each house six, inch needle valves which were designed to control the release of water from the upper headers when power operations were suspended or to dewater the penstocks for inspection. The two valve houses are about feet above the river level. Excavations for the valve houses began in November in conjunction with canyon wall stripping operations. 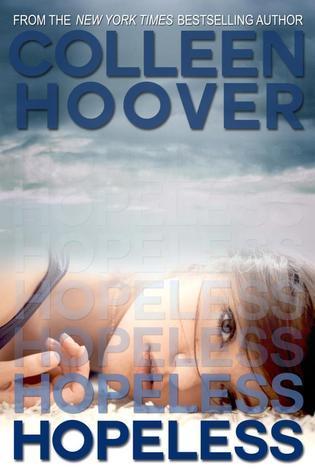 Both structures are 63 and one half feet high and just over 33 feet deep. Access to the valve houses is via pathways cut into the canyon walls from the cableway landings at the upper construction adits. Excavation for the powerhouse was carried out in conjunction with excavations for the dam foundation and abutments. Excavations for the U-shaped structure located at the downstream toe of the dam were completed in late with the first concrete placed in November The powerhouse consists of three sections.

The wing portions house the generating units and were designed to house a total of seventeen units: eight in the Nevada wing and nine in the Arizona wing. The wings are feet long, feet wide and feet high. During normal operations, the bottom feet of the powerhouses are submerged. Initial plans called for the eventual installation of fifteen, 82, kilowatt kw , and two 40, kw units. The power turbines are connected to the downstream ends of the sixteen, foot diameter penstock pipes: eight for each power house, with the downstream penstock on the Arizona side branching into two smaller pipes to provide water to the two, 40,kw units.

Flow to each of the turbines is controlled by foot diameter butterfly valves located between the ends of the penstocks and the turbine casings. Through the use of the butterfly valves, it is possible to shut off the flow to one or more units without interrupting the operation of other units. Initial plans called for the immediate installation of four 82,kw units on the Nevada side, units N-1, N-2, N-3, and N-4, and one of the 40,kw units on the Arizona side, unit A Other units would be installed when firm contracts for the sale of power were signed.

In addition, there are two small 2,kw service units that supply operating power to the dam and powerplant. These units are located in the upstream end of the powerhouse wings and receive water via inch penstocks that branch from the penstocks serving the two upstream units in each powerhouse.